Every year, the National Police Air Service (NPAS) flies to around 20,000 tasks in support of police forces in England and Wales. These include vehicle pursuits, searching for vulnerable people who have gone missing, providing air cover for operations such as firearms incidents and much more.

A monthly snapshot of operational activity will be published on this page.

Gunman detained
NPAS were sent to find a man who had fired a shotgun during an aggressive confrontation. Crew located him on farm land and made officers on the ground aware of his location. They stayed above while firearms units attended and arrested the male.

High risk missing female located
Police were called when an elderly female with a mental health condition went missing. NPAS assisted officers on the ground with their searches, using the helicopter camera to scan the area where she was last seen. A Tactical Flight Officer found a heat source, only visible on thermal imaging, on a steep slope and guided officers in. Officers confirmed she was the missing person and had fallen down the slope the previous evening. It’s unlikely the female would have been found alive without air support due to her location.

Knifepoint robbery suspect caught
NPAS were called to assist with a search for a male who had made off from officers following a knifepoint robbery at a public house where thousands of pounds had been stolen. A Tactical Flight Officer identified a tiny heat source on the helicopter camera and guided officers to it. The heat source was the male police were looking for and he was detained by officers.

Please note; NPAS is unable to provide further information about the above tasks due to the likelihood of active proceedings and to protect the identities of vulnerable people. 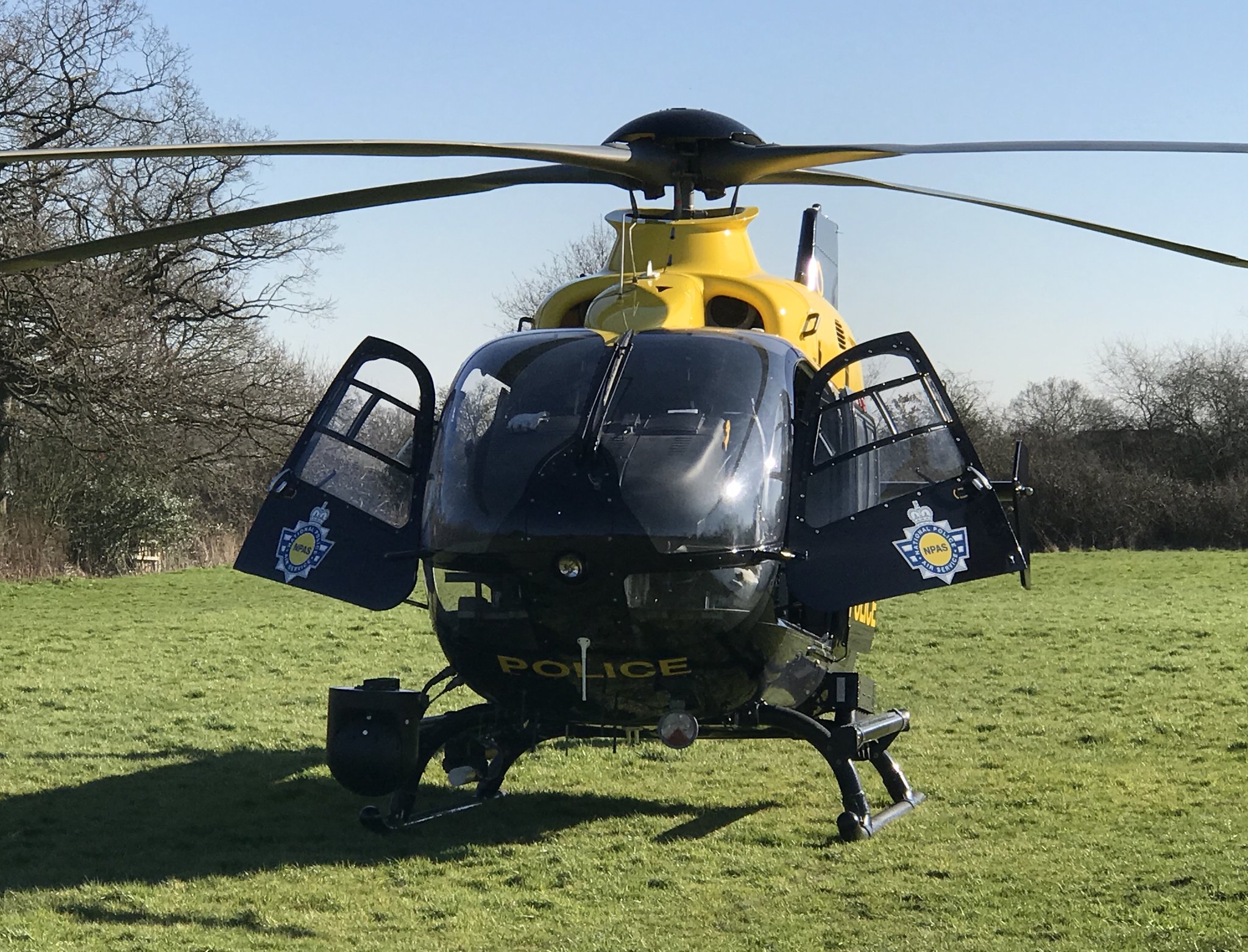