A suspect who found himself in deep water whilst fleeing from police was rescued thanks to the combined efforts of the National Police Air Service, Lancashire Police and a Lancashire Fire and Rescue team.

The deployment of a SEAGO lifebuoy, dropped from the police helicopter, kept the man afloat until police and fire crews could bring him safely into custody.

The incident happened on Friday 7 May 2021 when the north east NPAS crew, based in Wakefield, was called to support colleagues in Lancashire just after 4pm.

They were searching for a man who was reported to be armed with a knife and baseball bat and had threatened officers before fleeing.

The NPAS crew quickly located the man over a mile-and-a-half away in open fields in the Beacon Fell area.

As officers on the ground were directed to the suspect’s location, he entered a nearby reservoir and started swimming away.

The NPAS crew monitored the suspect, reporting back to Lancashire Police, but minutes later he was seen struggling to stay afloat, prompting the crew to take life-saving action and deploy a SEAGO buoy, which police helicopters carry onboard.

Following a full assessment of the risk, the buoy was dropped into the water, landing two metres from the suspect, who was able to grab it to stay afloat.

The suspect remained in the middle of the reservoir until a Fire & Rescue crew reached him in their inflatable boat and brought him into the safe custody of Lancashire Police.

NPAS Base Manager Sgt Kate Hann said: “With the swift action of the crew, it is highly likely that the suspect's life was saved as he was obviously struggling and becoming tired.

“This is an example of the combined efforts of officers from across different services working together in a high pressured situation to save a life and safely apprehend a suspect. This includes our flight dispatchers who supported our vital communications between the ground and air to ensure the incident was brought to a safe conclusion for everyone.”

The man was arrested for domestic assault and assault on an emergency worker, plus possession of an offensive weapon. 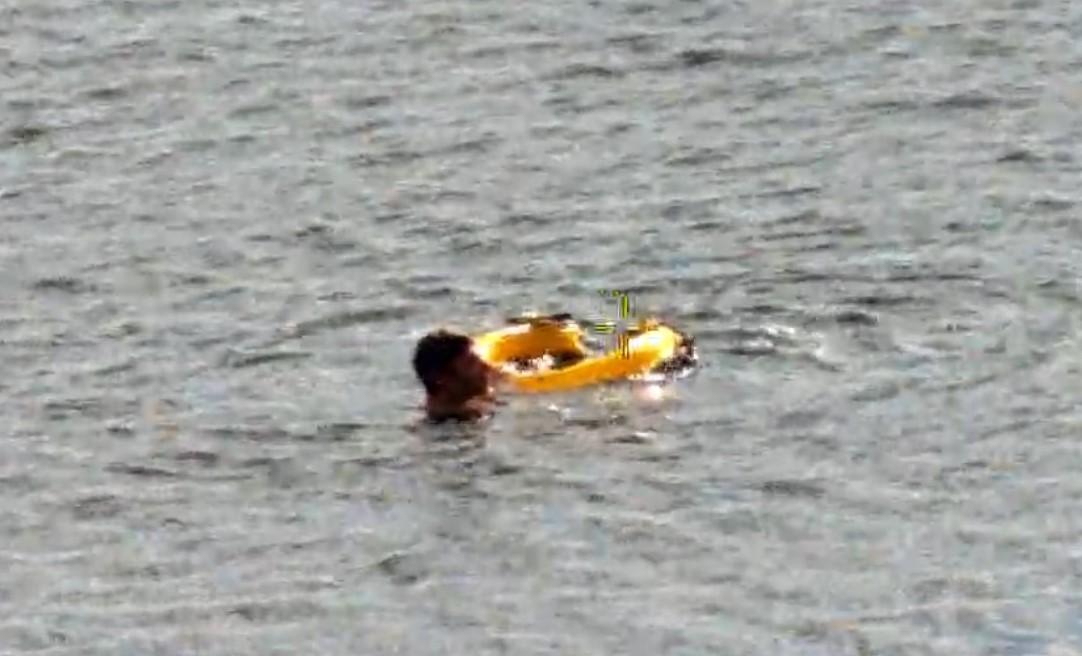