Fixed wing air support extended to all England and Wales

The National Strategic Board, which governs the National Police Air Service (NPAS) has taken the decision to extend the service provided by its fleet of four fix wing aircraft to support policing operations across England and Wales.

Chair of the National Strategic Board, John Campion said: “Since January 2020, the aeroplanes have mainly served the North East region, from their base in Doncaster.  The aircraft will now be used to support operational policing, in conjunction with the helicopter fleet, across England and Wales.

“Following consideration of the fleet’s capability, endurance and cost, the Board determined that the aeroplanes offer increased value as a national asset.

“The excellent endurance of the aeroplanes makes them particularly suitable for policing large scale events, as well as being highly effective in conducting lengthy searches and carrying out prolonged vehicle pursuits.”

NPAS operates four aeroplanes from its base in Doncaster.

Crewed by a pilot plus one tactical flight officer, the aircraft are kitted out with the same mission equipment as police helicopters, with a specialist camera, mapping system, downlink transmitters and UK-wide radio communication.

Once in flight, they can remain airborne for around eight hours, covering a range of 800 miles.

The National Strategic Board which governs NPAS comprises nine Chief Constables and nine Police and Crime Commissioners, each representing the regions of England and Wales.

NPAS was formed in 2012 as part of a national collaborative agreement and is funded by the police forces.

It operates 24 hours a day, seven days a week, and has a fleet of 19 helicopters operating from 15 bases plus the four aeroplanes. 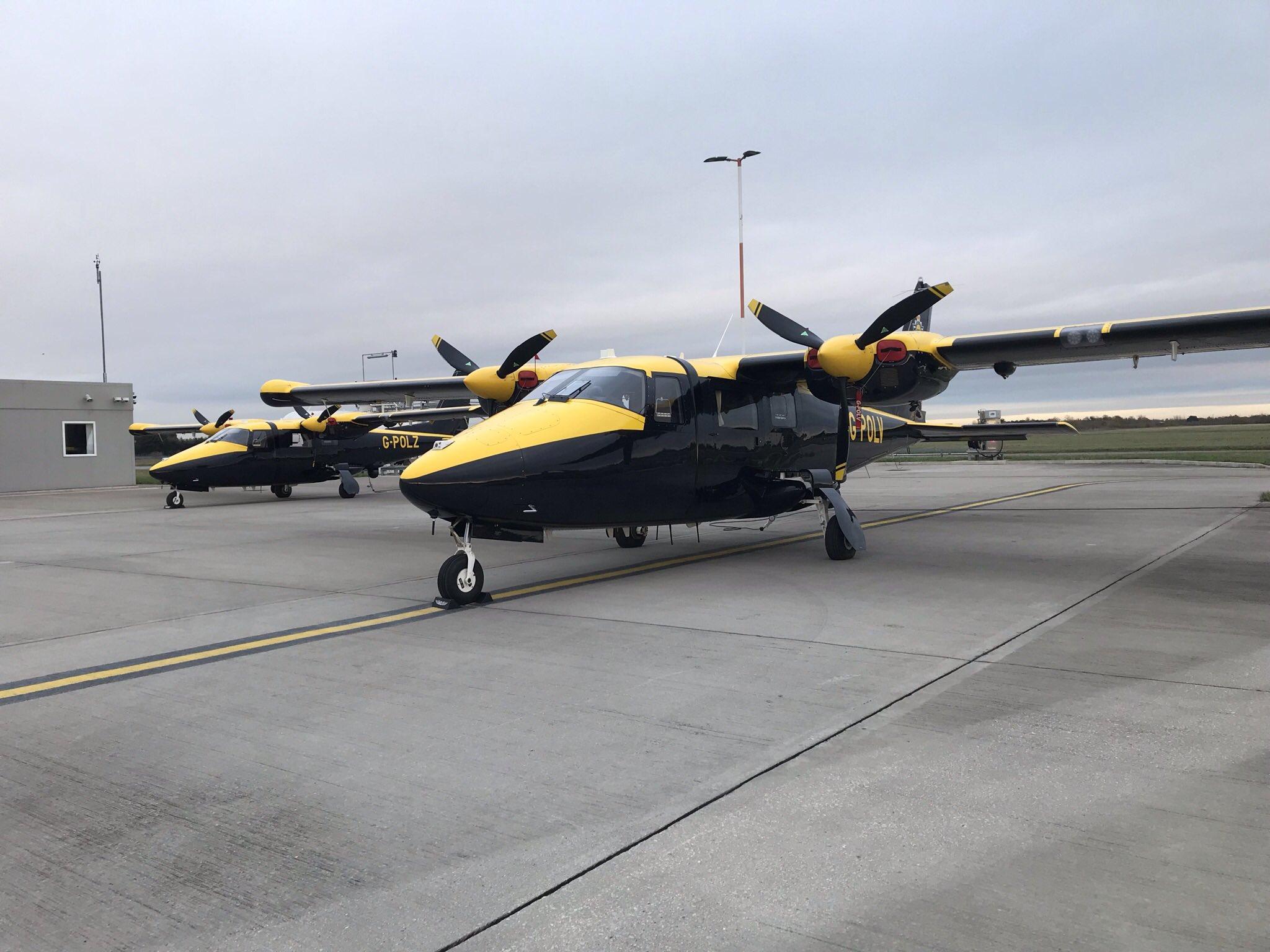