You can run, but you can't hide

Up a tree, under a bush, even under a car – day or night, wherever you choose to hide, our helicopter crews can find you.

But despite there being nowhere to escape to, suspects never stop in trying their very best to avoid arrest.

In the last few days we’ve helped officers on the ground track down some determined suspects.

Whilst airborne on the evening of Monday 2 August, one of our crews picked up a car travelling at high speeds through built-up areas before being abandoned in a rural location.

One of the occupants took his chance to escape by climbing up a tree, but we had him in our sights and talked an officer and his police dog partner to his hiding place. Next was to direct colleagues to the last seen location of suspect number two, whose scent was picked up by the police dog.

His hiding place – under a bush.

A few hours later, in the early hours of Tuesday 3 August, the same crew joined in a cross-border police pursuit. A passenger jumped out of the moving car before the vehicle was tactically stopped by officers and the driver arrested.

A quick scan of the area soon had the helicopter crew directing an officer and his police dog partner to a nearby compound, where they found a suspect hiding underneath a car.

To those who need warning, all our helicopters are crewed by highly skilled police officers and staff who are equipped with high-resolution, day and night, thermal image cameras. There really is nowhere to hide once our crew has you in their sights. 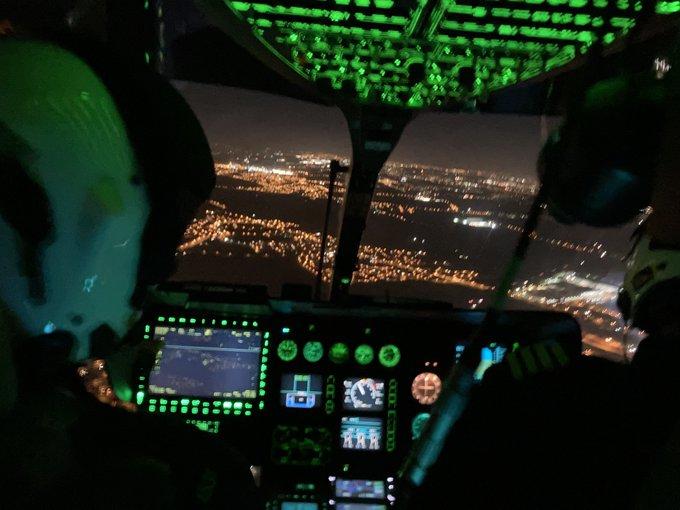