Our crew from NPAS Carr Gate assisted North Yorkshire Police in tracking down a stolen car and reuniting the victim's dog with its owner.

A Range Rover was reported stolen at 4pm on Thursday 25 February 2022 from the Acomb area of York. The vehicle had been taken from outside a shop, and the owner's Doberman dog had been inside.

The NPAS helicopter was called up to assist other specialist units, including roads policing officers and a police dog in locating the vehicle.

Officers deployed a stinger on the A163 at North Duffield and the vehicle was stung less than 30 minutes after it was reported to police. The vehicle managed to continue for a short time before it overturned in a field.

Officers detained the driver. However, the owner’s dog, which remained inside the vehicle during the pursuit, fled from the vehicle once it overturned.

The NPAS helicopter crew set off to search for the dog, locating it half a mile from the stolen vehicle. The crew guided units towards the shaken dog, which was checked over by a vet and found to be okay.

A 29-year-old man from the York area was arrested on suspicion of aggravated taking vehicle without consent, driving whilst disqualified, failing to stop for the police, driving whilst unfit through drugs, driving dangerously and driving a motor vehicle with no insurance. The man was accompanied to a local hospital for minor treatment before he was taken to police custody.

See this story and more news from North Yorkshire Police. 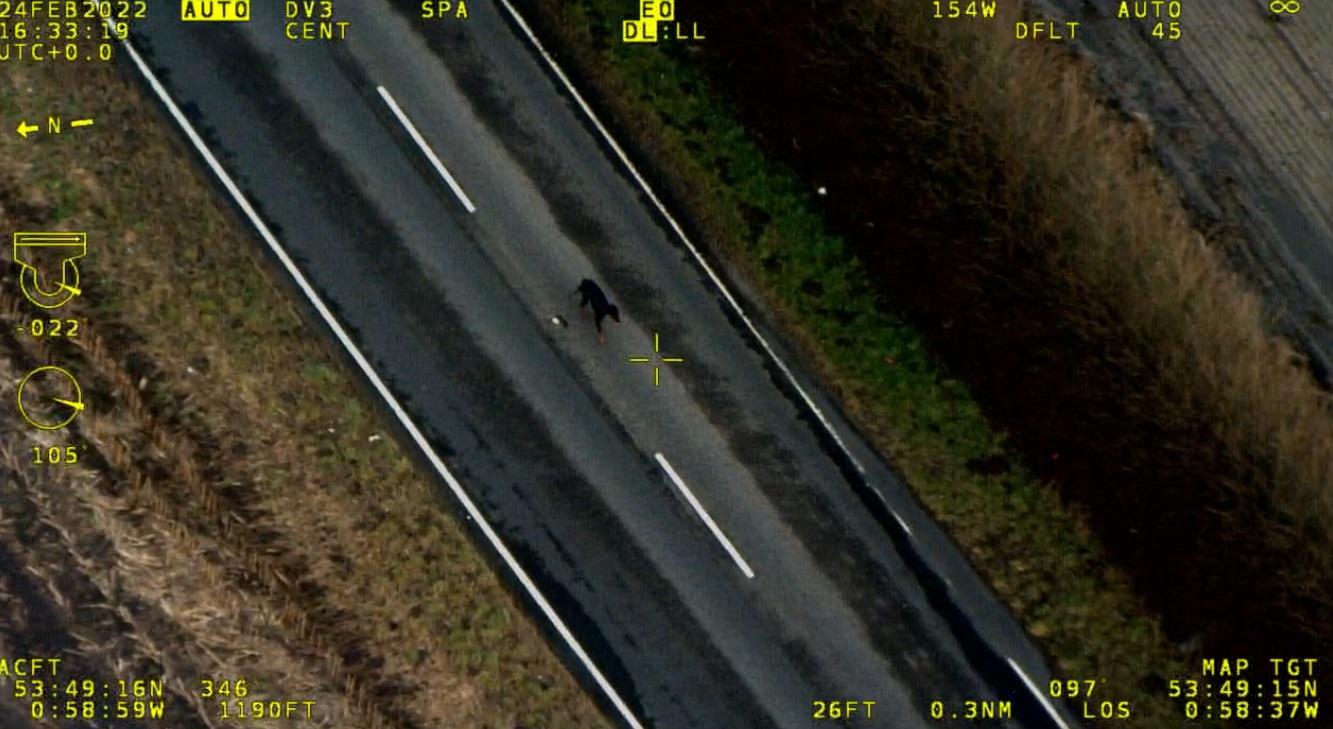