Joseph McCann, 34, from Aylesbury, has been sentenced to life imprisonment, with a minimum of 30 years to serve before he can be considered for release, for committing 37 offences relating to 11 victims, aged between 11 and 71.

Fugitive Joseph McCann was found when the National Police Air Service (NPAS) spotted him hiding in a tree.

Shaun Davis, Tactical Flight Officer, was part of an NPAS helicopter crew sent from a base in Hawarden, North Wales.

He said: “We had carried out an extensive search using the camera to scour fields, hedgerows and outbuildings and hadn’t located McCann. I continued the search and saw a tiny heat spot up a tree in the distance. The pilot took us closer and I could see a person trying to move around the tree to be out of sight. It was then a case of telling officers on the ground and guiding them to the location.

“I’ve been doing this for three years and that’s easily the highest profile offender I’ve found on camera. It was a team effort though; NPAS and ground officers worked well together to deny McCann the opportunity to get away. We saved officers several hours searching on the ground and I think it also shows how effective our role equipment and crews are; we can pick people out – even from more than a mile away.”

NPAS provides borderless air support to all police forces in England and Wales, 365 days a year, from a national network of bases. 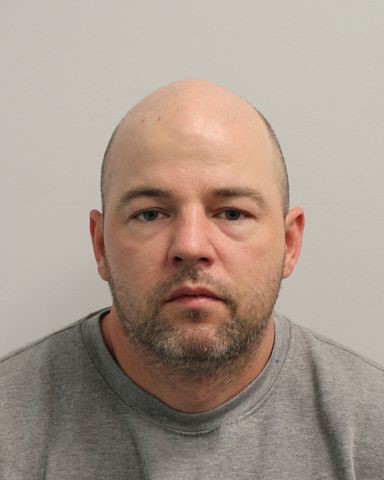