Tactical Flight Officer PC Amy Rowlands has been praised by senior officers and family members for her determined effort to find an 85-year-old man with dementia.

Joseph Hughes had been reported missing from his Porthcawl care home on the afternoon of Saturday 14 August 2021, sparking a major air and ground search.

National Police Air Service officer PC Rowlands and her colleagues based at NPAS St Athan had been monitoring the search, which was attended by a police helicopter crew from Exeter.

But when her night shift ended at 7am on Sunday 15 August, Mr Hughes had still not been found.

After returning home and resting, the off-duty officer decided to take to her bike to carry on looking for Mr Hughes – and found him, alive and responsive, in a 15ft ditch and covered in brambles.

“I felt for him so much. As soon as I saw a photo of Mr Hughes my heart went out to him,” said PC Rowlands.

“Just knowing he had been out alone all night was heart-breaking. He just had to be found as I was worried he would not survive another night.”

PC Rowlands used her experience and instinct as a police helicopter crew member in her search for Mr Hughes, who she found miles from his home.

“I followed a main road, shouting as loudly as I could, when I saw him move. It was surreal. I was just so pleased to have found him and he was alive and responsive.”

Her actions have awarded her praise from senior police officers and her NPAS colleagues, as well as Mr Hughes’ family.

Temporary Assistant Chief Constable Scott Bisset, from NPAS, said: “This is an outstanding example of public service by Amy. It reflects the compassion and determination of those who work in our emergency services.

“Whilst our officers and staff will say they are just doing their job, we know what a critical job that is. We are very proud of Amy and so pleased that Mr Hughes was found safely and returned to his family.” 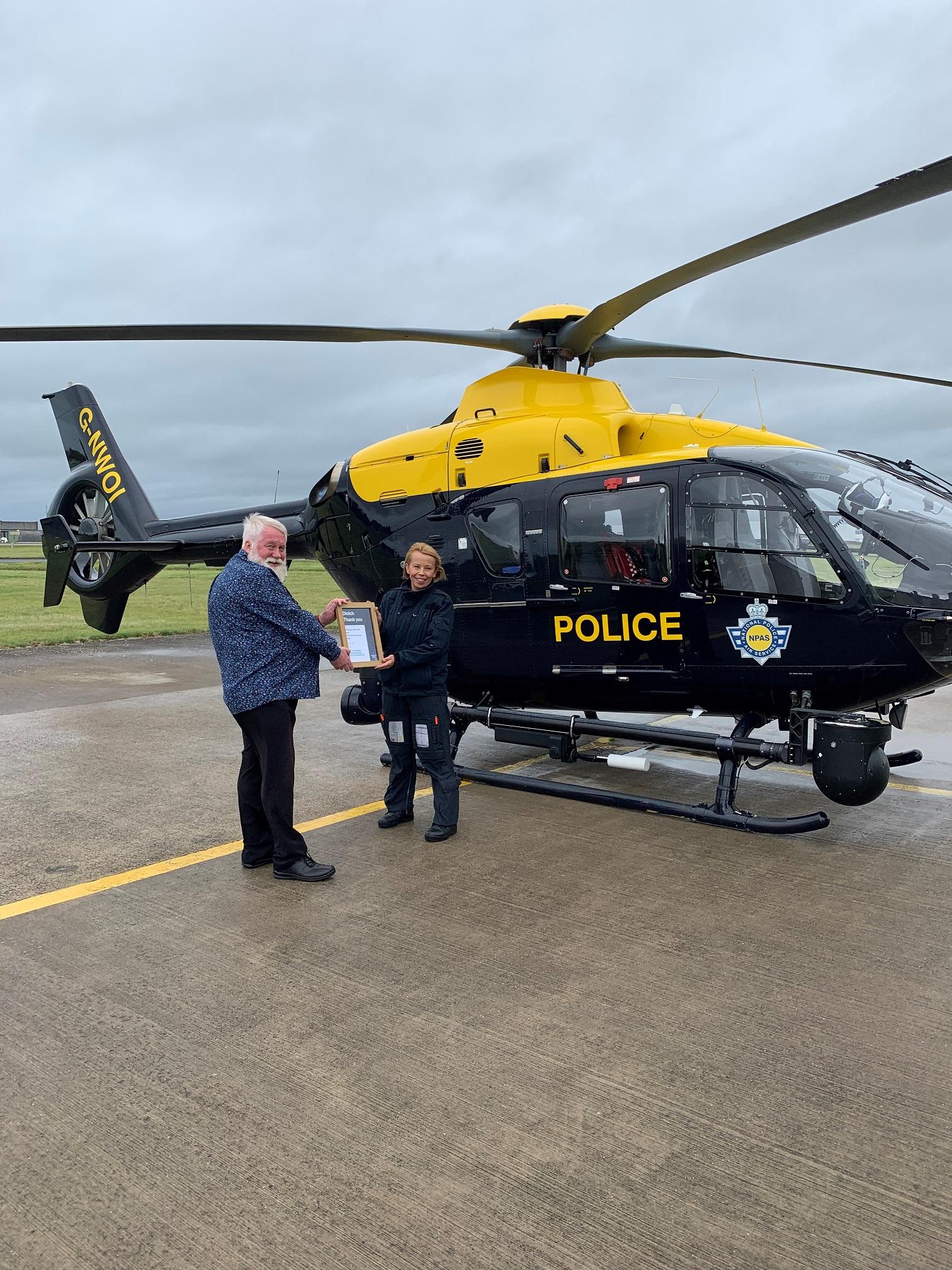